A Story of cinema success

Founded in 1920, Cinemeccanica is one of the world`s pioneers in the production of Cinema equipment. The company based its own tradition on a long series of worldwide success. Leader in developing cinema technology, like projectors and sound equipment, Cinemeccanica is present in 90 countries with local resellers. The company is Technical partner of top Cinema events and Festivals as Venice Film Festival and Rome Film Festival and supply Digital Cinema technology and services from the bigger Cinema circuits all over the world (Odeon Cinemas Group, Vue International, Wanda Cinemas, Cinema Park, Jinyi Cinemas, Gulf Film, Bahrain and Qatar Cinema Company) up to independent cinemas.

Cinemeccanica has the headquarter in Milan (Italy) and a sister company in Paris (France) www.cinemeccanica.fr

Since 2004, CINEMECCANICA has been involved in a re-organization process to be part of the digital cinema, with an improvement in the internal team skills and signed a long-term partnership with Barco, the digital cinema projectors worldwide leader. In the last years, CINEMECCANICA designed and produced a suite of products, named CINECLOUD, which includes the cinema server, the TMS (Theatre Management System), the videoscaler 4K and the laser light source adaptable to any DLP cinema projector

Cinemeccanica was one of the first companies in the world to bring laser technology into cinema market, introducing LUX, the first RGB laser light illumination system designed for the DLP projectors, capable of granting up to 100,000 lumens, a wider color gamut experience and an improved of contrast. The LUX suite has been completely designed and made in Italy to offer the top quality for cinema applications. The product, since 2013, is installed worldwide in different sites and with different 3D system, from small up to huge screens. 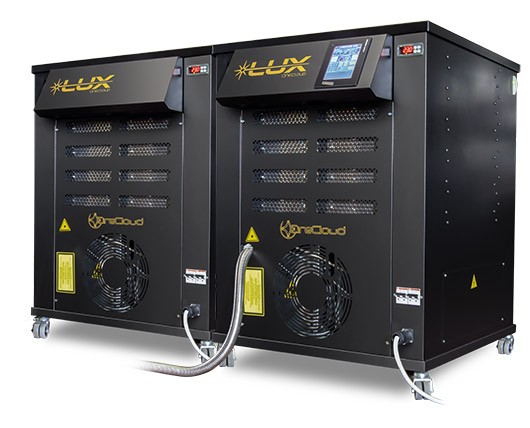 The company you need

Our long experience in cinema field allow us to provide you a range of professional services for any kind of requests.
We are at your side in any step of the cinema project: Consulting, Project management, Commissioning & Installation, Financing, Support.
We want to offer the best experience for cinema goers, advising and supplying the best available technologies to cinemas.